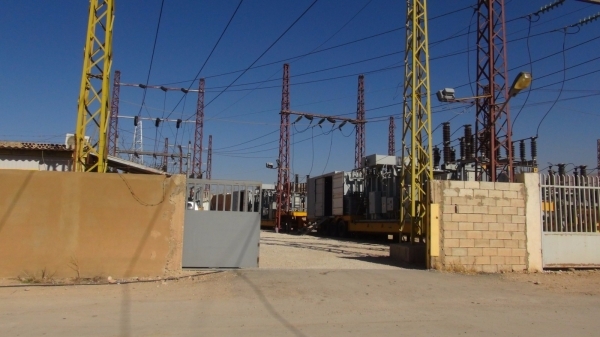 The story goes back to 1998 when the Lebanese government devised an electricity plan, which was partly predicated on reducing the load of network traffic and the technical errors of transmission and practicing network control in a manner that ensured linking production plants to demand centers. The installation of a 220 kV power line to transmit electricity to Beirut and Mount Lebanon was part of the plan. To this end, the Council for Development and Reconstruction entered into a contract with an Egyptian company, ELEJECT, to carry out the works starting on February 25, 2011 and ending on May 25, 2011. ELEJECT is represented in Lebanon by PROMELEC, which is run by an engineer and former Director General of EDL, George Mouawad. The line to be installed does not exceed in length 2 kilometers.

Residents’ Objections to the works

The residents objected to the installation under the pretext that the power line would jeopardize public health and cause cancer, a risk that was earlier negated by a French electrical company. The political intervention and the support of both the Phalanges and the Lebanese Forces enflamed the protest actions and halted the planned works. The Internal Security Forces could not coerce the protesters into compliance nor force the implementation of the project. The residents’ objections to the works were based on the following arguments:

Cost of the Apartments

It surmised there are 58 apartments that may be involved with the power lines. According to Eléctricité de France, these are 10 meters away and thus are technically unaffected by the electromagnetic radiations. There were three price levels that were proposed for purchasing the apartments:

The Ministry deemed that the residents’ call for the installation of underground cables to be costly and unscientific, arguing that it could lead to similar demands from other Lebanese towns, which would entail huge expenditure.

Demands of the Company

Besides the cost of purchasing the apartments, the company undertaking the works is also raising a number of demands about its inability to operate. As a matter of fact, ELEJECT is requesting indemnities worth USD 1,235,330 distributed as follows:

Despite the years since the initiation of the project, the completion of the Aramoun-Bsaleem power line has not been possible and remains a source of rift and political dispute. The residents refuse to have the lines installed in their towns either for political considerations or for health reasons, which have been invalidated by the Ministry of Energy and Water and Eléctricité de France. Conversely, the Ministry refuses to bury the lines underground due to several reasons including the impossibility of having this serve as the model for all Lebanese towns. It is hence offering property owners a financial remuneration in exchange for evacuating their apartments. Meantime, the contracting company claims compensation for the disruption of its works. A classic depiction of the situation in Lebanon at large! Considerable attention has been given to the Aramoun-Bsaleem power-line, while dozens of high-voltage power lines passing above houses remain forgotten and no discussions are held to gauge the risks they might impose.