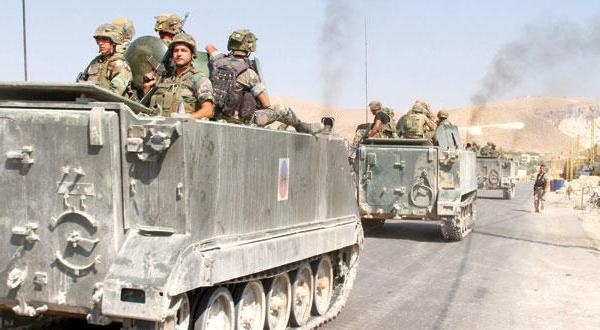 On June 4, 1982, Israel invaded Lebanon from the south to the capital Beirut. During the presidential term of Amin Gemayel who was elected President of the Republic after the assassination of his predecessor and brother Bashir Gemayel, Isarel withdrew from Beirut and its troops were replaced by international forces from the US, France and Italy. The new ruling class started to regain control over the Lebanese regions, especially Beirut, through the empowerment and equipment of the Lebanese Army units. Meantime, negotiations to sign a peace treaty with Israel and thus to ensure its withdrawal from Lebanon were under way and manifested in the May 17 Agreement of 1983. Numerous Lebanese segments, majority being Muslim, expressed their rejection of this agreement by staging protests and sit-ins in mosques, most of which were stamped down by the Lebanese Army, thus resulting in a number of fatalities, and an escalation of tension between the pro-Gemayel army and the parties refusing the agreement. The tension culminated on February 6 after the army bulldozed a number of houses in Ouzai followed by a heavy shelling of the southern suburbs’ neighborhoods, which resulted in additional losses of life.

Although 30 years have gone by, the February 6 events remain today a landmark in the history of Lebanon.

The hail of shellfire directed from the Lebanese Army’s positions towards the western neighborhoods of Beirut on the morning of February 6, 1984 coincided with fierce clashes between Lebanese soldiers and gunmen affiliated with the Amal Movement and other parties.

Tension heightened in the western neighborhoods of Beirut before noon amid talks about plans taking shape in the Mathaf and Sodeco regions to deploy armed forces in western Beirut, Downtown Beirut and Riad As-Solh Square.

At 9: 30 am, gunmen clashed with the Lebanese Army soldiers who were boarding a military truck at the Corniche Mazra’a- Bourj Abi Haidar crossroad. No injuries were reported and the pertinent forces were contacted to contain the clash and withdraw gunmen.

The fighting added fuel to the fire and resulted in the appearance of multiple gunmen who positioned themselves along the roadside of Zqaq El-Blat and Hawd Al-Wilaya at 11: 00 am. Clashes renewed between the Amal Movement fighters and the army, which ended up withdrawing its 6th brigade from the streets and returning to its barracks, turning deaf ears to the commands calling for continuation of fighting.

At 3:30 pm, the army issued a statement announcing the cease-fire:

“Upon the request of the diverse religious and political dignitaries and the representative of the Amal Movement, the Lebanese Army Command has decided to cease fire as of 4:00 pm to allow the demilitarization of the streets and the restoration of regular life. A committee of observing shall ensure commitment to cease-fire.”

Another ceasefire was agreed upon, starting at 8 pm, and the ferocity of the battles started to die down. However, the ceasefire failed to weaken the continuation of shells targeting Beirut, which fell under the grip of the Amal Movement following the withdrawal of the Security Forces.

President Gemayel resumed parliamentary consultations after accepting the resignation of Chafiq Wazzan’s government, and most of the parliamentary blocs asserted that the matter was bigger than a mere formation of a government, while Amin Hafez called for a reconsideration of everything.

President Gemayyel dispatched Minister Elie Salem and the presidential consultant Mohammad Choukair to Zgharta to convey an invitation to Suleiman Frangieh for dialogue resumption in Geneva on February 27 to discuss the latest developments.

Informed sources said that the President’s talks with his guests emphasized the need to initiate mediation with Damascus, in order to strike up an understanding with it and find solutions for the deteriorating situation.

The sources added that President Gemayel informed his guests the stance he made regarding the May 17 Agreement during his speech was a response to the opposition’s demand, as he believed the agreement should be dissolved only after the approval of both the opposition and those in power.

The resigned PM Chafiq Wazzan absented himself from all activities, while Rashid Karami underlined his unwillingness to attend the dialogue conference unless he was certain that there would be commitment to the reached agreement, so that history wouldn’t repeat itself.

The Amal Movement leader, Nabih Berri demanded the resignation of President Amin Gemayel and viewed his initiative as an attempt to cover up the incidents in the southern suburbs.

In his turn, the PSP leader, Walid Jumblat renewed his call on President Gemayel to resign, stressing that he refused any political compromise with him and supported an Arab democratic Lebanon, not a Phalanges-lead Lebanon.

Jumblat added: “..The state of Lebanon can only gain legitimacy when a new constitution and representative system are adopted. The cancellation of the May 17 Agreement has become a secondary issue as the current international developments would invalidate the agreement one way or another.”

Regarding the nomination of Raymond Eddé for presidency, Jumblat said: “The matter doesn’t boil down to one person, but to the proposed political program and the willingness to change the constitution and lay down a proper political formula that would fall in line with the social, economic and political circumstances.”

“We all know that the Americans stand by someone today, then abandon him the next day,” Jumblat told Reuters.

It is noteworthy that the ambassadors of the USA, France and Italy stayed in touch with the local authorities yesterday, especially Nabih Berri, to remain aware of the developments on the ground. According to the sources of the Amal Movement, the ambassadors proclaimed their neutrality as to the current events, stressing that they would only get involved to defend their forces from any potential threats.

The sources denied any involvement of the foreign forces in the fights and reiterated that the single incident that occurred near the US embassy was contained immediately, when the guards at the US embassy retaliated against gunfire targeting them.

The March 6 events constituted a turning point in the history of Lebanon as they enabled the Amal Movement to tighten its grip on Beirut and become a major decision maker, not to mention that they paved the way for the return of the Syrians to Beirut.