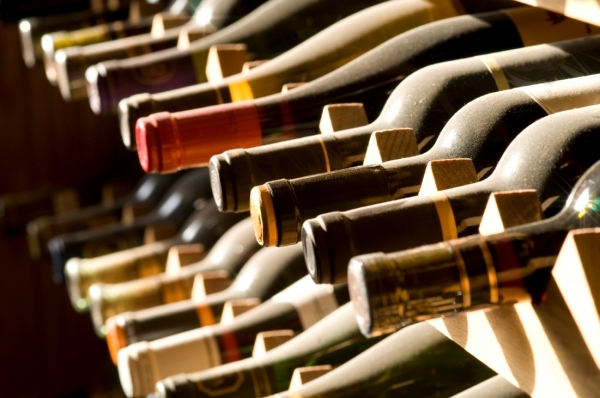 What added to Niha’s reputation were its wineries, which go back to the 17th century. Working in these wineries has been a tradition passed down from a father to a son and it is a craft, which survived throughout the generations thanks to its vital economic role in developing the well being of Niha’s residents.

Niha is currently home to 18 wineries, of which 6 are devoted to producing Arak. In the past, the number of wineries was 40, but most of these ceased to operate due to their deterioration and the emigration of their owners.

Niha’s wineries are used to turn grapes into Arak through the following process:

Purchasing grapes: By the end of the summer, and following the harvest season, Niha’s winemakers purchase the leftover grapes from the Beqa’a farmers who have failed to sell their crop due to a downturn in the market or to the poor quality of the grapes at the end of the season. Each kilo of low-quality grapes is sold at LBP 200 to LBP 250, contrary to the price of plump high-quality grapes, which stands somewhere between LBP 1000 to LBP 1500. Winery owners buy the grapes, each according to his need, with some purchasing 3 to 4 tons and others twice this quantity. The average amount of grapes consumed by Niha’s wineries is estimated at 800 tons per year.

De-stemming is the second phase whereby the berries are detached from the grape clusters and crushed.

Fermenting the grapes: Crushed grapes are later placed in obscure tanks for 12 to 15 days until the completion of the fermentation process.

Distillation is the final stage, whereby the crushed grapes are transferred from the tanks into large copper boilers heated at high temperature. The liquid would then vaporize and the vapors would pass through a pipe fitted to a condenser. The vapors would condense due to the cooling action of the condenser, and subsequently liquefy. This liquefied end product makes the essence of the Arak industry. The distillation of 1000 kilos of grapes takes around 5 to 7 hours. Some winery owners buy this essence, which differs from the classic alcohol used to sterilize injuries, at LBP 3500 per liter to key players in the market, who in turn re-distillate it adding anise to produce Arak. Each liter of essence accounts for half a liter in Arak, priced at LBP 9000 to LBP 10000 and packaged in glass bottles with a trademark. Others refrain from selling the product locally, which offers them higher revenues.

Seven to eight kilos of grapes (ranging between LBP 1800 and LBP 2000) are needed to produce one liter of essence (sold usually at LBP 3500), which translates into a profit of LBP 1200 per liter, after deducting the cost of fuel and electricity. The distillation of 1000 liters of essence grants the winery owner around LBP 1.2 million.

Should he wish to re-distillate the alcohol to obtain Arak, the winery owner must add around 1.5 kilos of anise (at USD 2 per kilo) for each 10 liters of essence in order to come up with half the quantity in Arak, i.e. 5 liters sold at roughly USD 40. He, who distillates 1000 liters of essence, may reap LBP 4 million in net profit, the cost of operation and anise excluded. However, he may find it difficult to dispose of his entire production and thus opt for selling the essence instead and settle for less profit. Niha’s winery owners may attend to this process in their free time during November and December, which grants them bigger revenues that differ depending on their annual production.