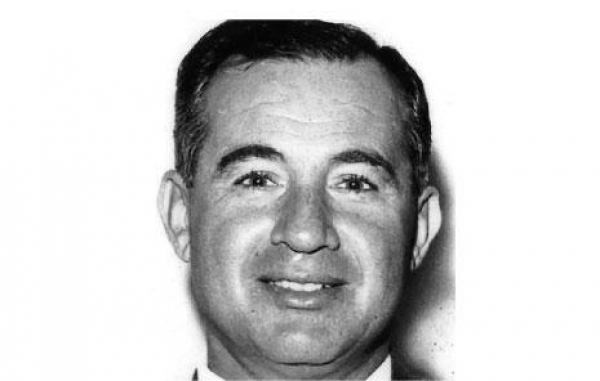 Kamel Mroueh was born in 1915 in the town of Zrarieh in South Lebanon. He studied at the American University of Beirut and started his career in journalism in 1934 as an editor and political journalist at the Nidaa newspaper, a publication issued by the National Appeal Party (Al-Nidaa Al-Qawmi) and run by Kathem As-Solh. He moved in 1937 to An-Nahar and worked there until 1941, when he and Grand Mufti of Jerusalem Amin Al-Hussein went on tour across Europe during World War II, especially to Turkey, Bulgaria and Germany. In 1946, he returned to launch his newspaper, al-Hayat, from An-Nahar offices in Souq Al-Tawileh. Later, in 1952, he published the English Daily Star, which like al-Hayat, was known for challenging the plans of Egyptian President Jamal Abdul Nasser in the KSA, Yemen and Lebanon. Mroueh was accused of supporting Britain and of being involved in the Western scheme against Abdul Nasser.

Global attention was on the Middle East in the late fifties and sixties amid the state of conflict between the Soviet Union and the US and Britain. Egyptian President Jamal Abdul Nasser was backed by the Soviet Union, while other Arab countries like the KSA and Iraq had the support of the US. Abdul Nasser enjoyed wide popularity in Lebanon and the admiration of the Lebanese pro-Nasserite movement manifested itself in its full compliance with Abdul Nasser’s commands and its inclination to do all that it took to serve his interests and fight his foes. This ambiance set the path for murdering and clamping down all the opponents of Abdul Nasser.

It is rumored that Abdul Nasser was highly provoked by the cutting criticism that Mroueh aimed at him in his writings, especially that the journalist wielded a great influence on the Arab public opinion. Soon, Abdul Nasser’s annoyance influenced his Lebanese supporters who started to grow hostile against Mroueh, thus dividing the Lebanese press and people into allies and rivals of the Egyptian President.

Details of the Assassination

It was the night of May 16, 1966. Accompanied with two accomplices, Adnan Soltani walked at 8:55 pm into the offices of al-Hayat newspaper located in Khanda’a Al-Ghamee’ near Riad El-Solh Square, Downtown, and killed Mroueh with two silenced shots, one in his stomach and one in his lung.

The crime was seen as an attack on the state’s internal security and was thus referred to the Justice Council by virtue of Decree No. 4519. The trial continued until March 15, 1968 and featured eloquent pleadings by both the suing party represented by lawyer and former MP Mohsen Sleem and the defendant’s attorney, former MP Abdullah Oudaimy. Politician Ibrahim Kulaylat who was associated with the Egyptian regime, was acquitted of charges of instigating the assassination and was released after spending a year and a half in prison, while Soultani was sentenced to death, a verdict that was reduced in 1969 to 15 years in prison. However, Soultani’s stay in prison didn’t last that long, as he escaped during the Civil War in 1976 and became a member of the Mourabitoun Movement under the leadership of Ibrahim Kulaylat. Although sentenced to death, Mohammed Ardawi remained on the run, while the third perpetrator, Ahmad Al-Mouqaddam, was convicted in absentia and received a 15-year jail sentence.

Confidential American documents revealed later that the decision to murder Mroueh had been sponsored directly by Abdul Nasser’s close aide, Abdul Hamid Sarraj, and that the Egyptian ambassador to Lebanon Abdul Hamid Ghaleb had a hand in the operation as well. It has been also reported that Sami Sharaf, Abdul Nasser’s secretary, had known about the assassination, and chances are that Abdul Nasser himself was involved.

Journalist Samir Atallah recounts that Mohsen Ibrahim (founding member of the Arab Nationalists Movement) met Mounah Solh (thinker and politician) at the Hilton Hotel in Cairo a few weeks after the assassination and told him during the meeting that Abdul Nasser had sent a telegram of condolences on the day after the murder, so Ibrahim retorted: “Thank God the telegram didn’t arrive on the day before.”

When Abdul Nasser heard the reply of Solh from Ibrahim, he cracked in laughter, then stopped suddenly and said “Mroueh wasn’t killed for being a veteran journalist, but for being bigger than a hostile party.” If not entirely fabricated, this story could implicate Abdul Nasser directly in the assassination of Mroueh.