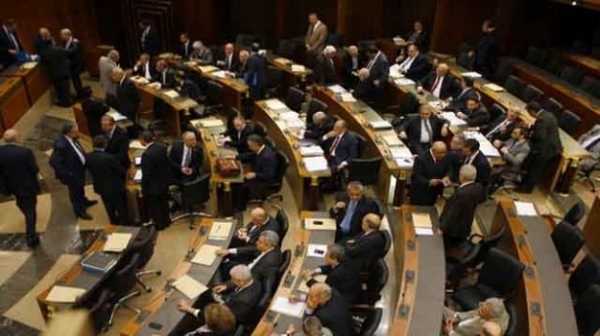 “Delaying the elections is a red line not to be crossed. I will not allow the obstruction of the electoral process at the end of my term, but if the need entails a technical postponement until an agreement is reached similarly to what happened in 2005, then I’ll resign myself to it.” (Statement by President Michel Suleiman on February 25, 2013)

“Lebanon has always been home for democratic elections. How could we refrain from holding the elections now with the Arab Spring on the rise? Who in the first place dares calling for elections’ postponement? I believe that neither the government nor any other party hold this intention.”(Statements by PM Najib Mikati to Arab and foreign newspapers on February 25, 2012)

“The best law is the law that receives the approval of all the Lebanese and I will exert more effort to come up with a consensual law and hold the elections as scheduled.” (Speaker Nabih Berri speaking to MPs on January 16, 2013)

“We, at the Future Movement, support the holding of elections on time based on the small-districts’ law, which guarantees fair representation.” (Former PM Saad Hariri during an interview on LBC on January 31, 2013)

“The “no elections amid the presence of weapons” campaign means that the elections won’t be held indeed because we won’t give up our weapons. But we, in Hezbollah, are pushing towards holding them as scheduled for the benefit of everyone.” (Speech of Hezbollah’s Secretary General Hassan Nasrallah on May 12, 2012)

“Irrespective of the chosen electoral law, holding the elections on time is naturally better than delaying them. Besides, there won’t be any excuse for postponement unless the current stability is compromised.” (As-Safir newspaper quoting MP Walid Jumblat on November 9, 2012)

“.. The fathers stopped at the electoral law and viewed that the return to the 1960s law is an evasion of responsibility and a blow to coexistence, stressing that the elections will he held on time according to a new electoral law.” (Monthly statement issued by the Maronite bishops on March 4, 2013)

“.. I reiterate the need to commit fully to the holding of elections on time. Any thought that suggests delay in the elections from any party and for any reason is fatal to our democratic system.”  (Statement by Lebanese Forces leader Samir Gegea to Al-Liwaa newspaper on March 5, 2013)

“.. I’m still against the extension of Parliament’s term and I support holding the elections on time.”  (Statement by General Michel Aoun after the meeting of the Change and Reform Bloc on March 5, 2013)

“The Phalanges Party opposes the postponement of elections no matter what the reason or the duration is.” (Statement by former President Amine Gemayyel after his meeting with Speaker Nabih Berri on December 7, 2012)