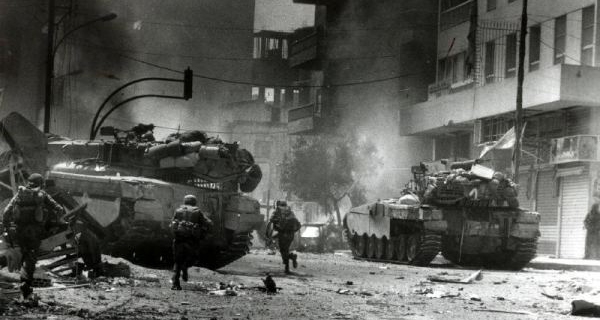 In November 1969, a secret accord known as the Cairo Agreement was brokered between Lebanon and the Palestine Liberal Organization (PLO) to regulate the presence of the armed Palestinian guerillas whose numbers and weapons’ capacity had been growing at an alarming rate after the 1967 war.

The Cairo Agreement stipulated the following:

This agreement transformed at first south Lebanon and later the entire country into a battlefield between the PLO and the state of Israel, which considered the presence of Palestinians as a pretext to escalate violence against Lebanon. Artillery shelling and air raids intensified and became an almost daily episode following the outbreak of the Lebanese War in 1975. In March 1978, Israel initiated an invasion of the Litani River in order to force the retreat of the PLO from the borderline and establish a buffer zone controlled by the South Lebanon Army under the command of the Israeli-backed Major, Saad Haddad. However, the invasion failed to cease the attacks against Israel, and Israel continued to use these attacks to substantiate and justify its war against both Lebanon and Palestine.

The Abou Nidal Organization, a staunch rival of PLO, failed in its attempt to assassinate Israel’s ambassador to the United Kingdom, Shlomo Argov, thus providing a typical excuse for Israel to initiate a wide-scale military action against Lebanon under the name Operation Peace for Galilee, in order to entirely expel the Palestinians from the south.

The Israeli invasion was greeted with feeble resistance and the collapse of the Palestinian forces was unexpectedly rapid.

On June 6, 1982, Israeli tanks began their advancement into Lebanon and captured over third of the Lebanese territory in the South, Mount Lebanon and the peripheries of Beirut while towns in the north and Beqa’a remained under the Palestinian and Syrian control. On June 14, Israeli troops entered the eastern part of Beirut, where the Lebanese Forces’ militias headed by Bashir Gemayel were in charge, and the enemy began to encircle the western side of the capital and tighten their grip on the units of the Syrian Army and the Palestinian leaderships who had retreated from the south. The blockade imposed by Israel continued to assume a savage form with constant heavy shelling targeting the capital, and water and food supplies were cut off from citizens until August 28 when the US envoy to Lebanon, Philip Habib brokered a compromise suggesting the relocation of militants into Tunisia and other Arab countries under the supervision of a multinational force.

The Israelis took advantage of the faint resistance shown by the Palestinians to expand their initial objective, which suggested expulsion of the PLO to at least 40 km from Israel, into a much wider scope: