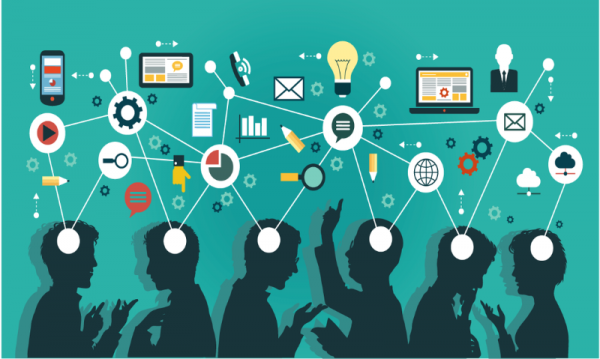 - Middle knowledge investment economies of Northern Europe and Australia, investing 3 to 4% of GDP.

- Low investment economies of Southern Europe, investing 2 to 3% of GDP.

It is noteworthy that not a single Arab economy is included in any of these entities.

The knowledge applications in research fields pointed towards launching software programs and applications and higher education levels have been widely and entirely recognized for being one of the primary sources to achieve growth in the global economy. Active countries like South Korea, Malaysia, Finland and Chile attest greatly to the rapid growth that may be achieved during short periods of time with a strategy tailored to promote capacity building.

An EU report on knowledge economy reveals that 30% of manpower in the Union is heading for knowledge production and circulation in the productive, service, financial and innovative sectors. Knowledge workers accounted for 42% of the total manpower in Britain during the first semester of 2006 and the percentage is expected to reach 45% or slightly higher by 2014. Furthermore, the share of knowledge workers has been increasing between 4 to 5% every decade while that of the professions that do not require significant capacities has been dropping by 2 - to 3% during the same time span.

According to international statistics, knowledge workers account for 48% of Holland’s workforce, which is the highest ratio worldwide followed by 41% for Germany and 40% for each of Britain and Canada. This share drops drastically to 25% to 30% in South European economies while the blatant paradox remains in France with knowledge workers making only 21% of its total workforce.

Expert thinking: providing smart solutions when rule-based solutions do not exist or when computer fails to substitute for human beings.

Complex communication: interaction on several levels and being able to detect the implications and persuade others thereof.

Routine knowledge: a group of cognitive tasks having certain rules and specifications such as processing application forms, which doesn’t respond well to computerization.

Routine manual: tasks closely described by direct rules such as assembly line work and packaging in factories (tasks that can be undertaken by machines when programmed)

Non-routine manual tasks: physical tasks hard to define by rules and lists because they need optical and muscular strength such as truck driving and cleaning, which cannot be replaced by machine.

Since the 1950s onwards, the economic activity prevalent in industrial countries has been resting on knowledge services especially after the transition into the post-industrial era which was based on the production, marketing and distribution of information. Therefore, it was considered that he who has access to information owns the keys of knowledge and so, one has become synonymous to the other. But to which extent is that claim considered true?

Undoubtedly, the various types of knowledge produced cannot be ascribed solely to research-oriented activities. Therefore, the share of research in knowledge production, be it small or large, remains a function of the sector and the company in question.

Furthermore, any pursuit that leads to the generation of a certain product or service can foster the level of education and results subsequently in producing knowledge. To put it another way, the various activities do not necessarily aim to generate knowledge, but rather continue in the traditional trends of production until knowledge development imposes itself into the equation.