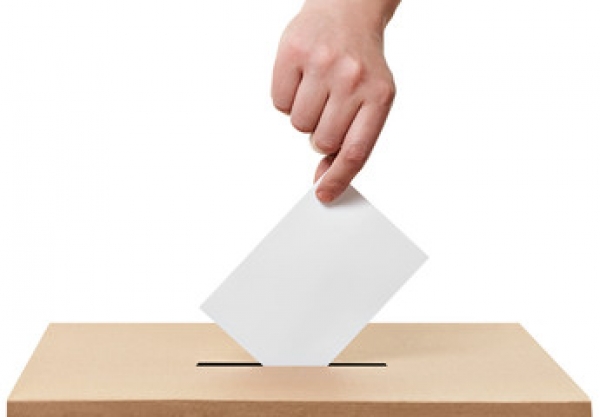 A tripartite alliance was forged in the 1968 parliamentary elections between the National Bloc (Raymond Eddé) , the Phalanges Party (Pierre Gemayel), and the National Liberal Pasrty (Camille Chamoun) in opposition to of the Chehabi alliance (movement of President Fouad Chehab), which was backed by the army and the intelligence.

The elections took place on March 24, 1968 in all three districts of Beirut.

There were 96 754 voters in Beirut 1, of whom 33 938 or 35% cast their ballots. Eight seats were allocated to Beirut 1 and were distributed by sect as follows: Armenian Orthodox (3)- Armenian Catholic (1)- Maronite (1)- Evangelical (1)- Greek Orthodox (1)- Greek Catholic (1). The strong electoral alliance between the Phalanges and the Tashnag translated into a mild electoral competition, as the alliance represents the majority of voters in Beirut 1. The victory of all four
Armenian candidates (Joseph Shader - Khatchik Babakian - Sourine Khan Amerian - mossis derkaloustian ) by acclamation did not prevent the formation of a counter list, which won two seats. The winners from the Phalanges-Tashnag list were: Pierre Gemayel (Maronite- 24 853 votes), Samir Eshaq (Evangelical- 15 997 votes). However, Fouad Boutros (Greek Orthodox- 13 744 votes) and Antoine Sehanoui (Greek Catholic- 12 485) lost against the counter candidates Michel Sassine (Greek Orthodox- 14 821 votes) and Nassri Maalouf (Greek Catholic- 14 187). The evangelical counter candidate Charles Saad gathered 11 302 votes, which were insufficient to get him through.

Unable to accept loss, Minister of Foreign Affairs Fouad Boutros tendered his resignation but the cabinet turned it down.

Three seats, one for the Sunni, Shia’a and minorities respectively, were allocated for Beirut 2. The number of registered voters in this district stood at 32 921 voters in 1972 of whom 15 876 or 48.2% cast their ballots.

Abdul Majid Zein, Farid Gebran and Adnan Hakim formed a list that took over all three seats in Beirut 2 against a number of individual candidates. The results broke down as follows:

Bigger attention is often drawn to the electoral contest in Beirut 3 as it constitutes a pivotal front in the battle for premiership. There were 63 691 eligible voters in Beirut 3, with 20 704 or 32.5% casting their ballots. Five seats were allocated for this district, four of which belonged to the Sunni and one to the Greek Orthodox. A strong list under the name “Popular Solidarity”, headed by the then Prime Minister Abdullah ran for the elections in Beirut 3 and won in its entirety with the exception of Rashid Solh who lost against his rival Chafiq Wazzan. The results came as follows:

Being a member of the unlicensed Lebanese Communist Party, candidate Nicolas Shawi was prohibited from running for the Orthodox seat in Tripoli according to a decision issued by the Minister of Interior Suleiman Frangieh. Lebanese newspapers published on March 16, 1968 the following:

Upon examination of the case and whereas Mr. Nicolas Iskandar Shawi, born in Tripoli in 1912, had submitted to the Ministry of Interior on March 6, 1968 a statement certified by the Notary Public and demonstrating his wish to nominate himself for the Greek Orthodox seat in the elections of 1968 in Tripoli,

Whereas the Ministry has learned that Mr. Shawi assumes major responsibilities in the unlicensed Lebanese Communist Party,

Whereas accepting the candidacy of a senior official in an unlicensed party contributes to promoting the party’s image, in contradiction with the provisions of the Act of Associations issued on August 3, 1909 and the legislative decree no. 340 issued on March 1, 1943 (Penal Code),

Whereas the nomination of Mr. Shawi is against the laws in force, and thus his final candidacy form cannot be approved,

Whereas Mr. Shawi has the right to object to the disapproval of his candidacy before the Shura Council, which is the judicial authority authorized to resolve this case and render a final settlement regarding the file objection within 3 days,

The Minister of Interior cannot grant the final approval of Mr. Sawi’s nomination.