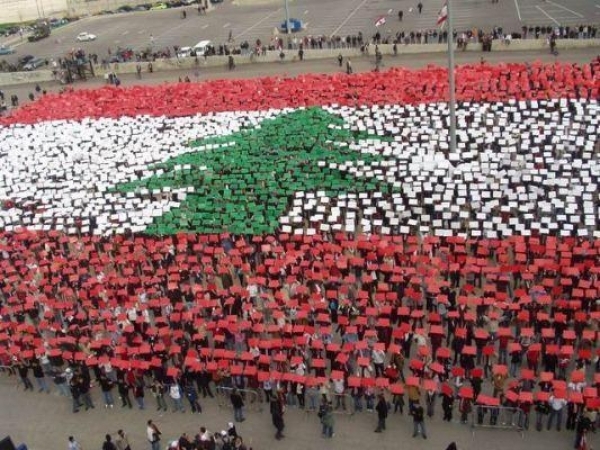 A nation implies a common will to live all together, a common history and a strong centralized state in which the population recognizes itself. However, in Lebanon, the continuous wars and conflicts make it difficult for a nation to emerge. Hence, instead of being gathered over a national history, the Lebanese society is fractionalized into sectarian power divisions each claiming its own heroes, martyrs and enemies. To make things worse, the Lebanese have little if any confidence in the State apparatus. As far as the government is concerned, the Lebanese hold the same mistrust especially that the representative electoral system is not reliable and people are not treated as citizens carrying rights and duties towards their society but are rather defined according to their religious belonging. The state’s institutions are weak and communities fill the governing hole.

Unlike other countries, the Lebanese identity is competing with other identities, namely communal ones. To the question “Do you feel Lebanese?”, the interviewer will hardly record one affirmative answer.

In fact, the Lebanese do not see themselves as individual citizens of Lebanon but as members of a collective group – important to recall that Lebanon hosts 18 different religious communities and officially recognizes them – or as belonging to the Arab Nation at large.

In a word, only a few would identify themselves with the Lebanese nation as the majority feels a belonging to another entity sharing the same ideals, the same beliefs and above all the same interests. While some are attached to their Arab nationality, others deny such attachment and claim having Phoenician origins that are not even remotely connected with the Arab traditions. Caring for themselves and their own constituents over most national strategies, the Lebanese leaders are the major bar against statehood.

First of all, there is a widespread discourse that deems the Lebanese as heroes for having survived numerous and deadly wars and as a community which stands its ground and remains loyal to its land. However, on the other end of the spectrum, there is a certain tendency to perceive the West as being inherently superior.

Second of all, there is a misguided perception that views Lebanon as culturally diversified since it hosts various religious communities. This has to be corrected because Lebanon and the Lebanese do share the same culture. Whatever their religious background, they all listen to Fayrouz, practice the same extra-professional activities, go to the same places, read the same authors – Gibran Khalil Gibran is a Lebanese icon, watch the same TV shows – namely Turkish ones like Fatmah… . Although religiously diversified, the Lebanese are culturally unified and are distinguished from all other communities in the Middle East for that.

To conclude, the Lebanese should pride themselves in being an unmatched model in the region. However, history and governance are reinforcing Lebanon’s fractionalization and preventing it from enjoying unity and statehood. Lebanese suffer from a terrible lack of recognition from the International arena – namely international community – but also from their own leaders.