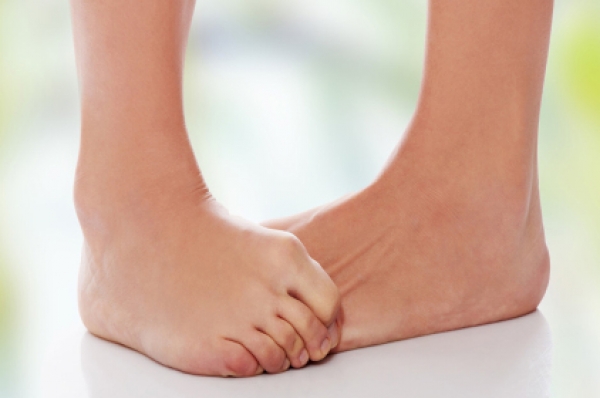 These sensations of restlessness, which incite the urge to move, vary from a chronic itch, to a persistent tickle or crawling, pulling or pricking etc. and are associated with sudden, involuntary muscle jerks during sleep. The disorder varies from the mild and easily treatable to the severe, disruptive and treatment resistant. By preventing rest and sleep, the disorder can become exhausting, damaging body and mind, and thus proving incompatible with normal life.

RLS can begin at any age, it may be progressive and can cause prolonged, horrific suffering. By disrupting rest and sleep, it also increases daytime sleepiness and fatigue, rendering driving or operating machinery very dangerous. The disorder, whose exact cause remains unknown, may undergo spontaneous remissions and relapses, and may occasionally be caused by certain medications and medical conditions.

RLS is associated with brain deficiencies of dopamine and iron and tends to respond to treatments, which replenish dopamine and iron. Although iron deficiency accounts for 20% of RLS cases, numerous other medical conditions such as diabetes, obesity, high cholesterol, strokes, heart attacks, Parkinson’s, thyroid diseases, magnesium deficiency, autoimmune disorders, peripheral neuropathies, sleep apnea, celiac disease, attention deficit hyperactivity disorder and varicose veins are also associated with it. Certain medicines may cause RLS or may make it worse such as anti-nausea pills, antihistamines, antidepressants, antipsychotics and medication withdrawal reactions. Moreover, RLS gets worse after surgery and after back injuries. About two-thirds of cases are familial and inherited as genetically dominant.

The first step in treatment is to look for reversible conditions such as iron deficiency, bad varicose veins, thyroid diseases, etc. because treating these conditions may reverse the disorder. Avoiding tobacco, alcohol and caffeine can help and so can implementing daily exercises, relaxation techniques and other muscle stretching therapies. Iron tablets should be given to those whose iron ferritin is below 50 ug/L and their iron levels should be monitored by a physician. In some cases, the iron ferritin needs to be raised to 80 ug/L for a response to occur. Intravenous iron therapy is currently under study because iron is an essential cofactor in the synthesis of dopamine, which seems to be the main deficiency in the brains of RLS victims.

When simple therapies fail, however, there are seven groups of medicines that are used to treat RLS:

a) Dopamine enhancers such as Ropinirole, Pramipexole, Pergolide, or Carbidopa/Levodopa should be used with caution because they can make the disease worse after prolonged use, may cause rebound if stopped and may also provoke compulsive gambling.

b) Nerve firing suppressors such as Gabapentin are often used as first line treatments because they have less adverse effects than the dopamine enhancers.

c) Narcotics such as Methadone are also effective but can cause constipation, sedation and may become habit forming.

d) Sedatives such as Valium, in addition to suppressing restlessness, also help induce and protect sleep. But they are also sedating and may become habit forming if abused.

e) Anticonvulsants such as Carbamazepine can help reduce the sensation of limb pain associated with the RLS but it has its own set of adverse side effects such as rashes and toxicities.

f) Non-traditional medicines such as Marijuana and Quinine (a malaria medicine also used for cramps) have shown some benefits in certain cases.

g) Vitamin E and C, alone and in combination, have been found useful in dialysis patients with RLS. Unlike the other six groups of medicines listed above, these vitamins are very safe.

All RLS medications should be prescribed and monitored by an experienced physician because they are complex and potentially problematic.

RLS is more common in women, tends to progress with age, and affects 3% to 10% of populations depending on country and location. In North America the incidence is closer to 10% whereas in the Middle East it is about 3%. During the third trimester of pregnancy, 25% of women develop the RLS, which resolves itself upon delivery.

Sir Thomas Willis (of the circle of Willis fame) was the first to describe the syndrome in 1672.