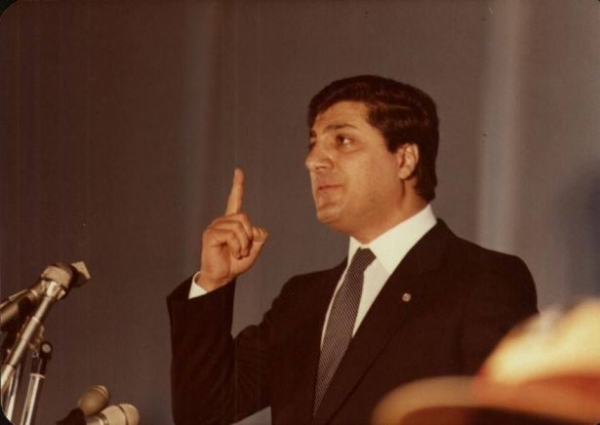 During the Civil War, cooperation arose between Israel and the Phalanges and the National Liberal Party who allied with each other against their common Palestinian enemy. The Palestinian-Israeli hostilities continued to play themselves out on the Lebanese territory and set the path for an all-out invasion of Lebanon in 1982.

Amid rising tensions, a Palestinian group affiliated with the Revolutionary Council led by Abou Nidal plotted an assassination operation against Israel’s Ambassador to the UK, Shlomo Argov. Wounded Argov was transferred to Israel for treatment, but had a cardiac arrest and remained in coma until his death in February 2003. The assassination constituted a typical pretext for an Israeli invasion, initiated on June 6, 1982 and called the Operation Peace for Galilee in order to ward off the Palestinian threats from its borders and secure the safety of Galilee. Against the absence of a real resistance, Israeli troops expanded their military activities until they reached Beirut where they expelled Palestinian gunmen, thus tightening their control over Lebanon with the exception of the north and the Beqa’a.

The presidential term of Elias Sarkis was about to end on September 23, 1982. Bachir Gemayel was running for President but had little chance of success. However, the Israeli invasion made his election possible and preparations kicked off to convince opposing MPs to show up and secure quorum during the election session. The then Speaker of Parliament, Kamel El-Assaad, played a critical role in setting up the session amid an international consent to Gemayel’s election.

The choice fell eventually on the Fayyadiyeh Military Academy as a venue for the election session scheduled on August 23, 1982. The session was boycotted by the majority of Muslim MPs who deemed the election of the leader of the strongest Christian militia a challenge to them.

The session commenced at 1:30 pm on Monday, 23rd of August, after it was delayed by a few hours to obtain a quorum of 62 deputies. 30 deputies refrained from attending and 7 were deceased. The two-thirds quorum was determined by the number of the living MPs (92) rather than by the whole House of Representatives (99).

The MPs, who boycotted the session, were distributed by sect as follows:

Those who attended were predominantly Maronite and the other attendants’ sectarian make-up was as follows:

During the first round, 3 MPs cast white ballots and Bachir Gemayel failed to amass the two-thirds quorum, gaining 58 votes against 1 for Raymond Eddeh. Therefore, a second round was held whereby Gemayel received 57 votes and was elected President. 5 white ballots were found in the second round.

Some of the parties viewed the election of Bachir Gemayel under the Israeli presence in the country a victory for one Lebanese group over the other, despite the open statements and stances by Gemayel, which asserted his rejection of factious divisions and his support for all the Lebanese equally. However, the regional and international conflict that unfolded on Lebanon’s territory and facilitated the victory of Gemayel, cut both ways and lead to his assassination 23 days after his election and 9 days before his assumption of office in a bomb blast carried out by Habib Al-Shartouni under the command of Nabil Al-Alam, a senior official at the Syrian Social Nationalist Party. Syria and the Palestinian official, Abou Iyad, gave Gemayel’s assassination order.

Today, 31 years after the assassination, the mystery that surrounds Gemayel’s election and assassination remains unsolved.