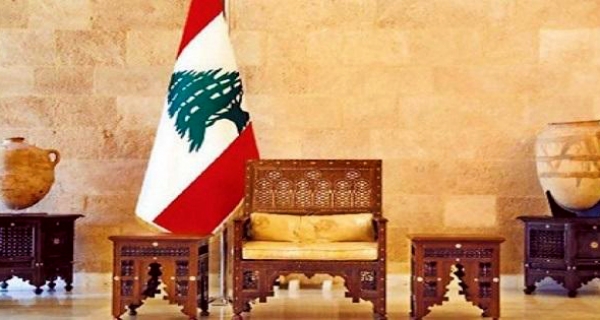 After a stormy government session fraught with turbulence and disagreement over the term extension of ISF Chief, Ashraf Rifi, and the formation of the Electoral Supervisory Committee, Premier Najib Mikati announced on Friday, 22nd of March 2013, the resignation of his government. Hence, the government continued to operate under the caretaker system until the formation of a new government by PM-designate, Tamam Salam. However, the attempts to form a new government have proved fruitless in the past three months, which have translated into further paralysis and void in the state apparatus.

June 20, 2013 marked the end of the term of Parliament elected in 2009. As no agreement was reached over a new electoral law, and under the pretext of critical security reasons, Parliament convened a secret session on Friday, 31st of May, 2013 and approved law No. 246 whereby the mandate of Parliament was extended exceptionally until November 20, 2014. However, the extension of the legislature’s term is tantamount to void amid the skepticism surrounding the compelling security reasons for it.

Directorate of the Internal Security Forces

Having reached the age of 59, the compulsory retirement age for major generals, ISF Chief, General Ashraf Rifi retired on the 1st of April 2013. His term of office was supposed to be prolonged either by amending the law to raise the current retirement age or by virtue of a decree. Neither of these options materialized and Rifi left his post and no successor was appointed to assume his office. Being the highest in rank, the post was handed down to the Greek Catholic Brigadier General Roger Salem in defiance of the usual norm, which allocates this post to Sunni officers only. On June 28, Brigadier General Roger Salem will retire and Sunni Brigadier General Ibrahim Basbous is the most likely person to take the post. Should the attempts to form a government fail, Basbous will serve as acting Director General of the ISF until the date of his retirement on June 5, 2014.

The ISF Command Council consists of 11 members and has 5 vacant posts currently:

The decisions of the ISF Command Council require 8 votes out of 11 to become effective.

Three out of the six above posts have become vacant recently:

Chief of Staff, Major General Walid Salman will withdraw from service on August 7, 2013, just like the Commander in Chief, General Jean Qahwaji who is to retire on September 23, 2013. And so, the one position that remains occupied is that of the Secretary General of the Higher Defense Council, Mohammad Khair who is expected to remain in service until February 22, 2015.

The number of the Grade 1 public posts, or their equivalent, amounts to 155 in Lebanon. 48 of them are yet to be occupied, which brings the vacancy rate at this grade level to 31%. The vacant posts are distributed by date and sect as illustrated in the following Table 1.

Seven Grade 1 jobs have been introduced recently but we are yet to find out their sectarian distribution. The new positions are the following:

Terms of the Tele Liban Director General and the presidents and members of the Council for Development and Reconstruction and the Investment Development Authority of Lebanon have also expired. Yet, they all continue to carry out their duties until finding the alternatives.

Vacancies in Other Grades

The vacancy rates in public services show no signs of declining as days go by, especially amid disagreement over the public appointments due to the presence of rampant sectarian and political quotas. During its 20 months in power, Mikati’s government approved only 25 public appointments, noting that the country is expected to face further vacancies in the upcoming months due to the referral of many public employees to retirement. The possibility of filling the vacancies remains far-fetched amid failure to form a new government and chances are it might all wait until after the presidential elections in 2014, while serious fears arise over a potential vacuum in the country’s highest position should the political divides escalate. So will the Republic of Lebanon become a Republic of Void?