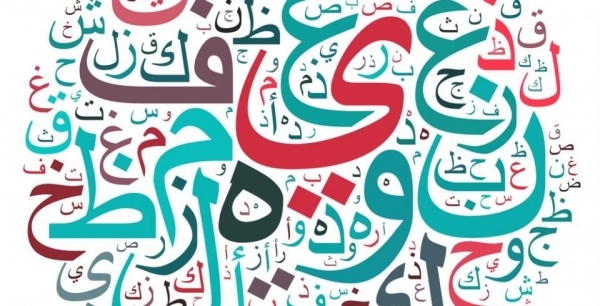 It was essential to open with a line that all of us have supposedly memorized by heart in our geography books. And allow me to apologize beforehand for awaking your memory of school days that might have been too dull to reminisce about, but I could not help myself given the blatant decline I observe in our Arabic utterances.

Today, our society confronts a large-scale linguistic invasion that has transformed thrusting foreign words in the daily discourse into a sign of grandiose and civilization. He who manages to navigate his speech without squeezing alien lexicon here and there should now be honored with a reverent statue amidst the Lebanese “prestige” which has gone beyond all reason. Even those with zero knowledge in a second language are now bragging with a couple of French or English terms, the meaning of which they themselves know not, in order to impart an impression of being well-educated. Unfortunately, this is the Lebanese perception of culture and education.

Has our Arabic vocabulary grown incapable of absorbing the thoughts of the new Lebanese generation? Or is our unconscious mind abandoning its authentic Lebanese identity in its response to the woes and worries of everyday life and its desperate longing and hunger for the well-being that the foreigner savors in the West?

Rarely does a child greet you using Arabic when you step into a Lebanese household. Parents take pride in their children’s linguistic proficiency and feel insulted if by any chance they misuse or mispronounce in a foreign language. Naturally, the disaster would not be of equal magnitude if their Arabic was lousy, for who needs it anyway in building their future? To pass by a schoolyard or a university campus and hear students communicate in their mother tongue has also become a rare occurrence. The funny part is that the Lebanese youth has not only drifted into pure foreign discourse, but took it as far as coining its own merged dictionary derived from foreign roots. “Mdapras”, “mpannak”, and “mhyper” are but a few entries in this dictionary.

We are not here to undermine the importance of multilingualism, for we are fully aware that mastering multiple languages is an added value to any child or individual. What is most shameful however, is to pick up these languages at the expense of our mother tongue and to accept that they overshadow it until replaced entirely throughout the course of time.

Who is to blame for this linguistic crisis? Is it the parents who address their children in foreign languages or the internet and the social media platforms where children use the Arabic chat alphabet? Could the schools be responsible for according more attention to foreign curricula rather than to Arabic ones so that even the Arabic teacher greets his students saying “bonjour” instead of “صباح الخير”? Or does it simply stem from the Arabs feeling inferior to foreigners and attempting to mold themselves inside a western bubble that might grant them a higher standing?

The Arab and Lebanese identity is facing serious threats that might culminate in our language disappearing because of pretentious ostentation and boastful showiness.