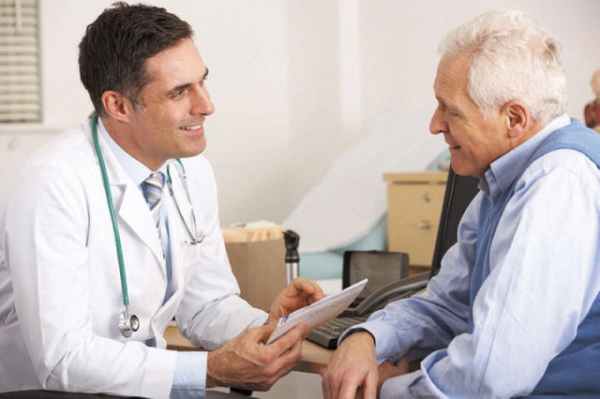 Also known as gamma-semino-protein, PSA is produced by the epithelial cells of the prostate gland for the ejaculate. It liquefies semen in the seminal coagulum, allows the sperm to swim freely, and dissolves cervical mucus, which helps the sperm enter the uterus.

Initially, testing the PSA in the semen was only used as a forensic marker for rape victims. Although it continues to be used forensically, when its potential as a marker for prostate cancer became evident, Stanly carried out the clinical work, which helped launch the PSA as a prostate cancer-screening test.

Because the PSA is commonly elevated in prostate cancer, the FDA first approved it in 1986 to monitor the progress of prostate cancer in men already diagnosed with the disease. In 1994, the FDA also approved the PSA for prostate cancer screening. Since that time, the PSA has been surrounded by controversy regarding its role as a screening test.

In 2009, a best-practice statement released by the American Urological Association advised all doctors to begin PSA screening at the age of 40. In 2013, the American Urological Association reversed its position, because of mounting evidence to contrary, and now recommends against such screening in men younger than 55 and older than 70. As for men between 55 and 69, the decision to screen should depend upon the patients’ informed choice. Patients in that age group should be told that for every 1000 men screened, only one prostate cancer death is prevented. However, the harms of such screening, and the ensuing biopsies and treatments that arise because of it, are numerous and include urinary incontinence, erectile dysfunction, hemorrhage, infections and life-changing worry.

Controversy continues, however, because the opinions are still divided. Whereas the American Cancer Society and the American College of Physicians agree with the opinion of the American Urological Association, the American Academy of Family Physicians and the United States Preventive Services Task Force do not. In fact, these two advisory bodies recommend against PSA screening regardless of age.

Seven European countries participated in a PSA screening trial involving 160,000 men, with Finland contributing about half of all patients. In Finland, after 12 years of follow-up, prostate cancer mortality was only slightly lower in the screened group as compared to the control group (0.4% vs. 0.55%), but the overall mortality was otherwise identical. For every 1200 men screened, one prostate cancer death was averted, even though 25 cancers were detected. This data reinforces the opinion that prostate cancer is commonly asymptomatic for life, and that the very few lives saved by PSA screening do not justify the harm caused by the inevitable over-diagnoses and over- treatments.

Because prostate cancer deaths tend to occur more than10 to 15 years after the disease is diagnosed, everyone agrees that PSA screening should not be offered to men whose life expectancy is less than 10 years. Moreover, everyone agrees that PSA screening leads to over-diagnoses and over- treatments, and does not reduce the overall mortality of those screened. In spite of that, the practice habits of most physicians still favor screening, and the fear of prostate cancer in many patients still reinforces the screening biases of their physicians.

The saga of the PSA is a good example of the triumph of science over dogma, and evidence over bias. It also highlights the fact that screening is not always benign, that it could indeed be harmful, and that it should be carefully undertaken rather than implemented nonchalantly.

The PSA will continue to have its uses in following the progress of men with prostate cancer. It is also helpful in decision making when the rectal examination reveals a prostate nodule. Here, evidence supports watchful waiting if the PSA is very low and the free-to-bound PSA ratio is higher than 25%.

Benign prostate hyperplasia can also elevate the PSA as can prostatitis, whether caused by infection or congestion or trauma. It is wise to remember that the Prostate Specific Antigen is a misnomer because it is neither cancer-specific nor prostate-specific. PSA is also present in other body tissues and fluids such as the female ejaculate, amniotic fluid, breast milk and sera from women with breast, uterine, lung and renal cancers.