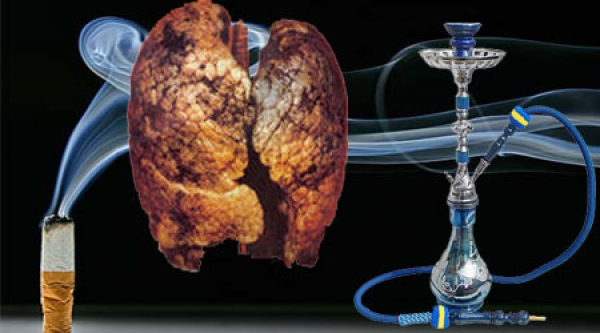 Currently, lung cancer is the most common cause of cancer deaths in the world. Lung cancer, once diagnosed, is a death sentence because, even under the best available treatments, only 10% of the patients in the UK and 16% in the USA survive five years. Knowing that tobacco causes 70% of all lung cancers, and seeing the high expense and poor prognosis of cancer treatments, makes it evident that prevention is the strategy best suited to combat our global tobacco epidemic.

In developed countries, early detection of lung cancer is a viable target because it has been shown to improve prognosis. Among smokers, lung cancer deaths in those screened with Cat Scans versus those screened with chest x-rays showed a 20% relative reduction. Consequently, the United States Preventive Service Task Force has issued new guidelines, which state that screening with Cat Scans all smokers aged 55-79 years who have smoked for at least thirty years, even if they had not smoked for the past 15 years, is cost effective because it does save enough lives.

However, the World Health Organization estimates that 50% of the world’s countries are unprepared to manage or prevent the cancers and other diseases caused by tobacco consumption. This renders the early detection of tobacco related cancers and diseases inconsequential in half the world’s countries because early screening and proper treatments are either unavailable or unaffordable.

To better monitor tobacco deaths, South Africa was the first country in the world to add smoking history to the questions on its death certificate. Based on this data, calculations revealed that smoking-related mortality was twice as high in those who had smoked five years before death, and that the higher the rate of smoking, the higher was the relative risk of death from any cause. They also found that ex-smokers have lower lung cancer risks than smokers, but higher than never-smokers. Adding this simple question to death certificates would help all other countries monitor this global epidemic of deaths from tobacco.

In the 2010 Global-Burden-of-Disease report, smoking ranked as the second most important risk factor for death in the entire world, above all other diseases and all other external causes. Hypertension, the most silent of killers, still came in first, whereas obesity (the other global epidemic) came in sixth. Decreasing smoking reduces not only lung and other tobacco cancer deaths, it also reduces deaths from cardiovascular and respiratory diseases as well. The World Health Organization, which estimated that about 100 million people were killed by tobacco in the 20th century, estimates that if the current global epidemic were to continue, one billion would be tobacco’s death toll in this century.

The tobacco industry has staunchly rejected all incriminating scientific evidence against its products, proclaiming the accumulating data as inconclusive or invalid. Nevertheless, beginning in 1952, anti-tobacco campaigns started to influence smoking habits, and beginning in 1970, laws restricting tobacco use started to appear. In 1967, Senator Robert Kennedy preempted these laws with his poignantly brave statement, “The cigarette industry is peddling a deadly weapon. It is dealing in people’s lives for financial gain. Cigarettes would have been banned years ago were it not for the tremendous economic power of their producers.”

Tobacco came to the world after the discovery of the Americas and became increasingly popular in Europe, especially after the industrial revolution when cigarettes became widely available. However, introducing tobacco into the Islamic World (Ottoman Empire at the time) was met with rejection by the rulers, religious leaders, scholars and citizens, who equated it with the forbidden alcohol. Nevertheless, using bribes and other sundry incentives, the tobacco companies broke through the Ottoman borders in the late sixteenth century. In retaliation, Sultan Murad IV banned tobacco in 1633, and decreed that smoking would be punishable by death. Expectedly, the ban was lifted after his death by his successor, Ibrahim the Mad, who taxed tobacco instead. It took only a few more decades before tobacco conquered the rest of the world. In spite of some recent battles won in our war against tobacco, it may take centuries of collective war before the world is ultimately liberated from the deadly tyranny of its tobacco conquerors.