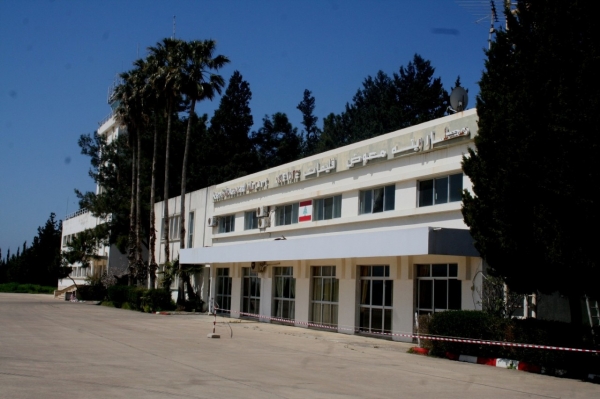 So what is the story behind Rene Mouawad’s airport? And why has Lebanon not seen a second civil airport in operation yet?

Establishment of the Facility

The Rene Mouawad Airport is situated on Lebanon’s northern shoreline, around 7 km from the border with Syria and 25 km from Tripoli. The Iraq Petroleum Company (IPC) established it in 1934 to facilitate the operations of the company’s small aircraft and carry employees across the Arab world (between Lebanon and Iraq). In 1966, the Lebanese Army took charge of the airport and turned it into a military base accommodating the Mirage fighters that Lebanon had bought from France.

During the Lebanese civil strife, the Lebanese Forces set up the Barbara checkpoint, which blocked the linking road between Beirut and Tripoli. This urged Premier Rashid Karami to push for using the airport as an internal transport hub, and the Middle East Airlines started operating flights from Beirut to the airport between 1988 and 1990. The airport signifies an important event in the history of Lebanon: Parliament convened on November 5, 1989 in one of its halls to re-elect Hussein Al-Husseini as Speaker, approve the Taef Agreement and elect Rene Mouawad as President of the Republic. The airport was named after President Mouawad following his assassination on November 22, 1989.

Profile and Present Condition of the Airport

Upon the request of the Minister of Public Works and Transport, in the beginning of 2012 a committee was sent to the airport, and returned with the following highlights:

Cost and Duration of Rebuilding

The committee’s report underlined that the airport, in its current condition, is unsuitable for civil aviation, stressing that its rebuilding would require around USD 200 million, let alone the cost of acquiring the land necessary for the execution of the project (around 2 million m2). The estimate for completing the project was put at four years.

The committee cited the establishment of a duty free zone and the operation of air freight services as the most practical investment in the airport and viewed that currently, it might be feasible to use it as an air taxi base to transfer passengers (mainly pilgrims) from the north to Rafik Hariri’s International Airport and vice versa.

With unanimous political agreement, which is not the case presently, securing the funds to operate the airport could be realized easily. However, there remain two obstacles hindering the materialization of the project:

The airport’s geographical location and wind patterns would force bigger airplanes to fly over Syrian territory before landing. This cannot happen without Syria’s approval, which has never been given and is unlikely to be given now, especially against the backdrop of the current Syrian events.

Despite its hostile attitude against Hezbollah and the negative comments it voiced recently regarding Rafik Hariri’s International Airport, it is rumored that the US refuses the operation of the Qoleiaat airport for yet to be known reasons.

In spite of the controversy, the people of the north and March 14 Forces continue to press ahead with their demands, which begs the question: Will Rene Mouawad’s Airport replace Rafik Hariri’s?