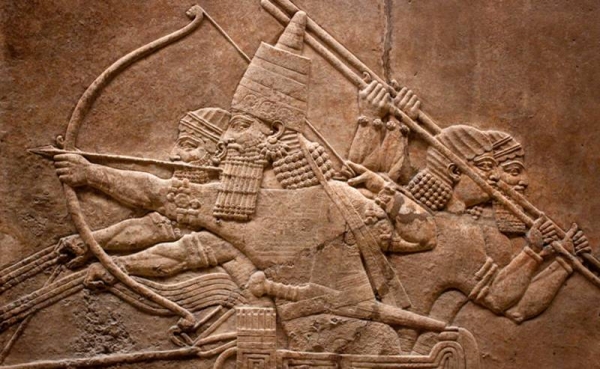 “Sciences vanish and reappear,” says al-Baghdadi. “They sink in one era and soar in the other. Like plants and fountains, they change from day to day and move from state to state.” No matter how hard one tries to challenge the compelling obligations of modesty, they cannot but bow in veneration of his words, which transcend in their sagacity all generations, centuries, empires and dynasties. They may even be considered among the most valuable words of wisdom of all time, for they hold the secrets of the evolution of civilizations. Al-Baghdadi’s theory can also bear similarity to that of Ibn Khaldoun who held that each dynasty lasts four generations: (1) the age of the builder, (2) the age of those who had contact with the builder, (3) the age of the imitator who relies on tradition, and (4) the age of the destroyer. Ibn Khaldoun’s description of how the rule emerges, evolves, declines and decays is a topic that requires separate discussion.

This eloquent piece is the essence of history as extracted by a great historian. It portrays the patterns of rise and fall, how peoples progress and regress, how it all happens within the notions of time and space and when we, as nations, advance and fall back; when we take advantage of the tides and currents and when we sit back and wait. Condensing the movement of history into one concise sentence is no easy task. The entire world has converged through al-Baghdadi’s lens and he was able to observe the ebbs and flows of nations and the rise and demise of rules during both the peaceful and perturbed cycles of history.

On the other side, history lays its pages open to offer us another gem of wisdom, different in style yet equal in value: a lofty literary saying, which holds unmatched delicacy, novelty and power.

“Science is bitter-tasting at first, but sweeter than honey in the end.” This phrase was found inscribed in Kufic script on a dish found in Khurasan, eastern Iran. The dish was presented later to the Louvre Museum, Paris and is now displayed at the entrance of the Islamic Art department, as a solemn testimony to the respect held by Arabs and Muslims for science. I believe that no other nation, civilization or ideology, has adopted such a sublime scientific notion as its slogan, however amusing the slogan might seem.

The dish was made in Khurasan between the eleventh and twelfth centuries. Alfonse Khan offered it to the museum in 1935 after having relinquished all literary ownership rights to facilitate the photographing and marketing of the piece. Apart from the esteem that the Arabs and Muslims have displayed throughout history towards science, the actual milestones they achieved in science and civilization suffice to prove not only their knowledge, but their disciplined approach.

Like the human spirit, these metamorphoses dwindle away only to flare up again in a different place, quenching the thirsty and sliding swiftly from one stage into the other. Ending with a sugary taste of honey, this description of knowledge has to be the most generous of all. Here, it is noteworthy that scientific institutions were flourishing in the Arab and Islamic worlds at the time of the above mentioned inscription, while the West lied dormant, wallowing in utter ignorance. This is why the period was dubbed “Dark Ages” by all the references documenting western history. Few are those who know that the stars, prior to Galileo’s telescope, have all been named after their Arab discoverers. The works of the German painter of the 15th century, Hieronymus Bosch, attest best to the inferiority of Europe at the time. In one of his most prominent paintings, Bosch portrays a physician cutting the head of his patient open in order to exorcise the devil within. The story suggests that the physician was rubbing the brain of the patient with salt, which, expectedly, lead to his death.

Museums are full of paintings illustrating the various aspects of the greatest of works and unveiling new details about the course of civilization in its multiple facets. Oftentimes, artwork lays neglected and forgotten in the dusty attics until the fate interferes to bring it back to light.

The above inscription is reflective of the mood and general climate prevailing in our nation during the periods of intellectual fecundity that ushered in progress and prosperity. However, if we were among those unfortunate to be hit by intellectual drought, chances are we would need more than just honey dishes; we would need a beehive.